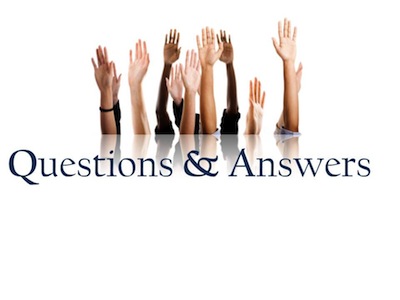 – Is hanging and girth good idea? Does it slow down length gains?
– How does it work?
– Where can I buy it? How much is it?
– How many other people have bought it and seen gains?
– What is the maximum weight I can hang from it?

Thanks for you help. yes, hanging in and girth work is a good idea. Though there are several streams of thoughts on this process, early on it has been suggested to focus on length work first, and then eventually shift over to girth. With the advent of the LG hanger, if you have time you can do both together. Because, the LG hanger is vacuum-based as is pumping, therefore they are complementary. if I had to choose one over the other, I would go for length gains first.

How does it work. At the end of this response I will give you a discussion of how it works in great detail, but for now I would like to answer or respond to your other question.

You can buy the LG hanger at lghangerllc.com. When you go to the site, options will be given to you regarding the different packages and the costs.

Under MD initiated penis enlargement, over the last number of years around 200 patients have successfully use the LG hanger to supplement their surgery in a medically supervised environment. I personally supervised numerous students, I do not have a precise number, but it is extensive in their use of the LG hanger. The majority of people who are motivated achieve gains. This is not hit or miss situation, you must be motivated and consistent to reach your goals as in any endeavor in life, tenacity is essential. If such is initiated one can expect 1 to 3 inch gains in length over several years to be general. Those who are motivated and consistent are the ones who achieve the games.

The maximum weight thus far observed is 25 pounds or more, I’ve tested the LG hanger up to this level on numerous occasions as I needed to know its capacity. Before the LG hanger was invented, I use the bib hanger which is excellent, I gain multiple inches and by the time I reach 25 to 27 pound level, BTC or SD, I found that be quite sufficient, therefore I decided that I wanted the upper limit of the LG hanger to be 25 pounds or possibly more. This is the case, I have many students who are at the 20 pound Mark give or take several pounds.

These are very good questions, and I can understand your inclination not to spend a laborious amount of time reading information and misinformation by anonymous people. I will now present an article I wrote several years ago explaining the mechanism of penis enlargement through traction. I hope that sheds some light on your questions, should you have any more questions, please do not hesitate to contact me, I have left contact information on my signature.

The Precise Mechanism of the PE Response through Manual and Mechanical Intervention.

The penis is a specialized vascular framework constructed to inflate to a rigid state called erection. The shaft consists of three chambers, the two corpora cavernosa CC on the dorsal side and one corpus spongeosum CS whic lies between CC on the ventral side. Within these chambers are prominent slit like spaces rich in blood cells, as they are really modified veins also called vascular plexus. The slit like vascular spaces are composed of abundant amount of smooth muscle with lesser amounts of fibrous tissue, lined by endothelium, this is called erectile tissue. Separating the CC and CS is a very thick band of connective tissue called the tunica albuginea composed mostly of bi-layered collagen and elastic fibers. The elastic fibers form an irregularly latticed network on which collagen fibers rest. It is this elastic network that gives the penis elasticity, allowing it to expand and contract.

The limiting factor in PE is the tunica albuginea and septum composed of collagen and elastic tissue. The collagen is very tough connective tissue constructed by nature to insure optimum structural integrity or strength. Think of a tendon or ligament, this is also composed of collagen. Your body’s entire structural framework is composed mostly of collagen, including bone.

The interior tissue is composed mainly of the vascular plexus consisting of epithelium lining, with abundant smooth muscles and some fibrous tissue. When sufficient traction is applied to the collagen, this results in a controlled bond breaking/separation and remodeling process making the collagen longer and larger. Think of separating a brick wall and filling it in with additional bricks resulting in a larger brick wall. The interior vascular plexus goes along for the ride, but itself is transformed into greater mass. The endothelium lining of the vascular slits undergoes mitosis, the abundant smooth muscle framework adjacent to the endothelium undergoes hypertrophy and mitosis (there are studies that support the proposition that mitosis can occur in smooth muscle cells), and the arteries and veins follow the same growth course mentioned above, with the remaining fibrous tissue undergoing remodeling. The slow growing peripheral nerves will grow and elongate when stimulated. Therefore the entire package gets bigger under sufficient constructive critical traction, with the collagenous structure being the limiting factor. If the collagen bond breaking is sufficient, with cementing, the process is likely permanent.

A brief look at “nubie gains”. A “nubie” is a person never implementing PE. Once implemented he will experience characteristic easy gains. Unchallenged or unstressed collagen has slack or crimps allowing a stretching out scenario removing these crimps resulting in quick gains for the beginner. Under this condition, the collagen bonds generally remain intact until the critical traction level is applied.

Ligaments are composed of densely packed collagen fibers which are white and relatively inelastic. Mechanical properties vary with shape and structural organization. This connective tissues is characterized by sparse cellularity distributed within an extracellular matrix. Cells in tendons and ligaments are called fibroblasts. These ligaments consist of 70-80% collagen and 20% fibroblasts. Upon initiating traction the crimps of the ligament collagen are pulled out or straightened first, then additional traction triggers molecular transformation via molecular bond breaking and remodeling, again resulting in longer, larger ligaments.

The skeletal muscles called bulbocavernosus and ischiocavernosus muscles are attachment points at the base of the penis, therefore traction will elicit the same changes in them as arm curls will elicit in your biceps and triceps. Whilst under traction, all muscular tissue at the base of the penis will undergo hypertrophy, strengthen and thus enlarge.