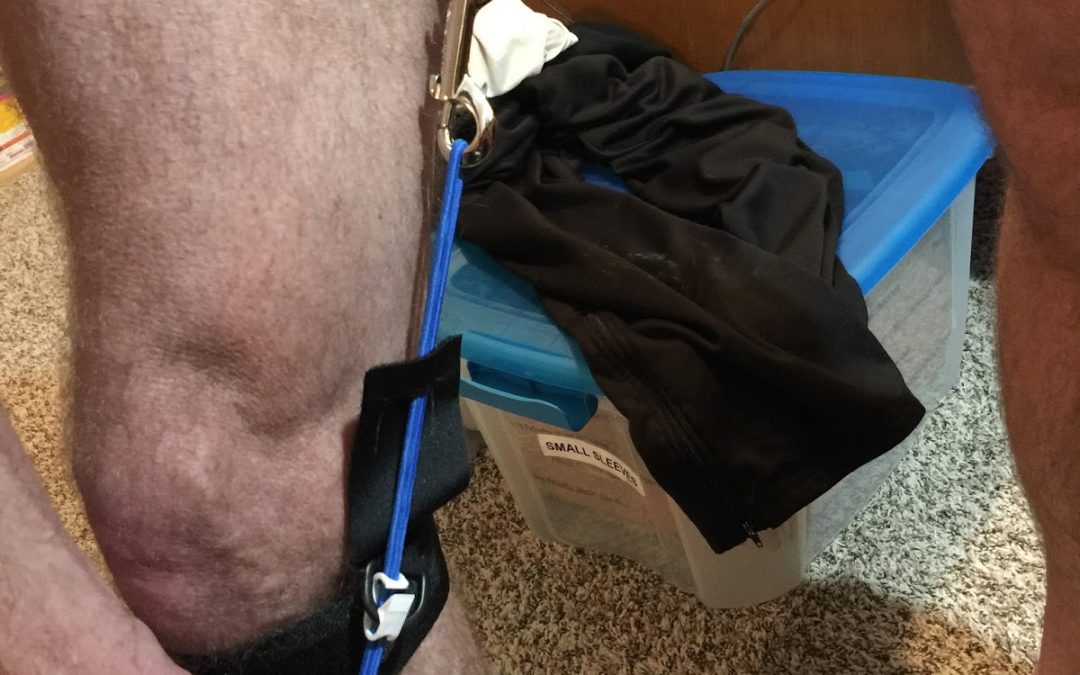 Is ADS beneficial for optimizing PE? I will explore some points to further shed light on this methodology.

The Science. The structural framework of the penis is the limiting factor for gains in length and girth. The two primary structural components are the collagen framework in the shaft and ligaments, and the striated muscular base in the perineum. The primary enlargement comes from a force exerted that is slightly greater than the force found in the collagen bonds or linkages, such force is supplied by the LG Hanger at a critical weight which will begin to work on the weaker collagen fibrils. The fibrils are the smaller components of the larger collagen fiber making up the shaft and the ligaments. When enough force is provided, the molecular bonds are broken in a small but significant portion of the fibrils. After this occurs collagen remodeling will take place healing the tissue in a more extended state. The traction force also strengthens and enlarges the striated muscle in the perineum (base of penis) to a larger and stronger size.

The penis a naturally contracting organ. As the penis is a naturally contracting organ, it makes intuitive sense to stretch it periodically throughout the day to maintain the newly separated fibrils in an elongated state so that healing takes place in such a state. One method of stretching is achieved by using an ADS or all day stretch device. These devices can come in length stretching or girth stretching. An example of ADS light stretch can be found at www.lghangerllc.com .This ADS device consist of an elastic band and a penis attachment area constructed of silicone. This can be worn for multi-hour duration’s comfortably, and with experience some wear this while they sleep at night. The other ADS will come in the form of a girth band that is positioned at the base of the penis causing semi-engorgement. This semi-engorgement if performed over time will increase the girth of the penis, particularly when coupled with other girth and length exercises. The girth band holds the pump resulting from the exercises, so to speak. I have very good experience using this type of device, particularly when using the LG Hanger or pulse pump.

Other Examples. Let us look at other examples of the benefits of stretching. I received this information from a student who emailed me as follows: “thinking about supplements and other hanging adjuncts, I was browsing the LG Hanger website, and I noticed they have a new product, the all day stretcher.”

“This sounds like a potentially useful addition to the LG hangar, not necessarily to provide a strong stretch, but rather just a mild gentle one, if nothing more than to maintain the penis at its most elongated state, rather than allowing it to return to normal flaccid length.”

“If one were to draw a comparison to stretching tendons/muscles, I had an acquaintance who was a fairly dedicated Karate and Judo practitioner. In order to be able to perform a split/straddle for high kicks as well as some sweeping throws, he would go to sleep in the evenings with his backside against the wall and legs spread apart, and fall asleep. He eventually would awake with his legs flat against the mattress in a full split. It seems that light intensity but prolonged stretch yielded an excellent result compared to the violent and rapid stretching sometimes seen in martial arts films. ”

The student pose these questions: “Could it be useful at night during sleep and would it be safe to do so? Do you think this could be a useful addition to the hanging protocol, and if so what would be the ideal point in the progression of weight to implement the all day/and or nocturnal hanging?” (I agreed with his questions, and suggested 4 to 5 pounds weight.)

“Also, in reflecting on all day stretching, it seems like the LG could be used for that purpose by simply applying the hangar but without creating any vacuum, or a vacuum not more than 5 mm Hg?” (This is also true, as the LG Hanger could be attached to light bungee cord such as the ADS and provide a slightly different grip to the penis, and would probably enlarge the glans as well).

Inversion Body Stretch. Another personal example would be the use of the inversion device. Such device allows one to invert at an angle or vertically depending on your experience, allowing a counter stretch to the forces of gravity which pushes down on the individual. Over the years an individual can lose a number of inches of height, this type of exercise can counterbalance it. I have been using an inversion device for decades and it has been extremely helpful in decompressing the spine when used just in a vertical position, or angles, and with additional exercises. I recommended it to a number of people who have back problems, the results were very encouraging in that over time their problems diminished noticeably.

In conclusion stretching is definitely very useful and is a consideration for aspects of penile growth and health in general.